HBO just made it official: In Treatment will not return for a fourth season.

The psychotherapist drama won plenty of critical acclaim and Emmy and Golden Globe attention, but has never been a ratings winner (the network has to pay for Game of Thrones somehow, folks).

UPDATE: HBO clarifies (sort of) with a statement: “It’s true that we have no plans to continue with In Treatment as previously formatted. However, we are in continued conversations with the executive producers to find another way to continue telling these rich stories". 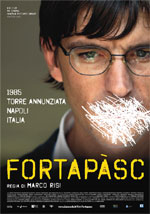